About Peter Cox and Leadership Dynamics

Peter (Coxey) grew up in one of the toughest areas of Western Sydney, though despite the many challenges this presented on many levels, he completed his Bachelor of Business, majoring in Marketing/Economics at the NSWIT.

The success he is most proud of however is his marriage to Debbie, the love of his life, in 1987, and raising their two sons, Dane and Jarrod, in a beautiful part of Northern Sydney.

In 1988, Peter and Debbie established their own sales & marketing business which has now expanded into 29 countries.  Their success is largely attributed to diligently and consistently applying key leadership principles to continually grow the leadership potential of their people.

They learnt a long time ago that,

You can’t do anything great without a high performing team around you.

Peter’s mission has always been to build stronger leaders so they can live better lives, and as a result, in 2003, he established Leadership Dynamics Australia to enable him to better share his global leadership experience, processes and strategies with Australian businesses and professional sporting organisations, to help them achieve their vision.

Peter works alongside Business Owners, CEO’s, Company Directors and Professional Sporting Organisations and their key leaders to grow leadership thinking and behaviours to build their level of influence and to develop a winning team culture – key factors to maximise business performance.

His unique leadership process is tailored to the individual needs of each organisation, though it often encompasses his famous one on one mentoring, leadership events/workshops and team building sessions.

Peter’s LD process has brought significant growth to his corporate and business clients, some achieving up to 1000% growth over a 10-year period.

To lead, you need to allow yourself to be led, and over the last 30 years, Peter has been mentored by significant global entrepreneurs who exemplify Leadership.

This has enabled him to become an internationally recognised Leadership Specialist, creating a desire in individuals to grow in Leadership by bringing about a change in their thinking and creating an understanding of what Leadership is really about. 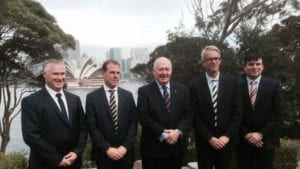 The Leadership characteristics and principles Peter brings into an organisation leads to greater effectiveness and business performance.

He does this by:

These all drive a winning team culture.

Peter has a strong ability to identify Natural Leaders and to empower them to raise their level of influence to lead, not follow.  This leads to heightened effectiveness because Natural Leaders work “on” the business instead of being caught up “in” it, to lead for growth and achieve the vision.

Peter also leads several Australian Boards providing an independent viewpoint and, on many occasions around the world, he is a keynote speaker.

In 2002, Peter authored his first book, “The Dream Is Everything”, which tells Peters story from the early days in business and in life and the valuable lessons he’s learned along the way.  2020 will see the release of his second book, “Your Business Shouldn’t Need – Start to Replace Yourself in 180 Days”. It will form part of the GOKO Events, Millionaire Makers Series from late February 2020. 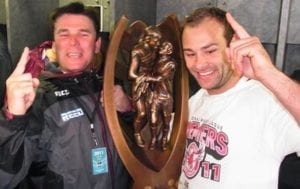 In 2005, Peter was brought in as an independent senior leadership adviser with the Manly Sea Eagles National Rugby League Team.  He worked closely with Head Coach, Des Hasler, his elite players and their NRL squad, one on one and as an entire team.  The leadership culture and thinking that Peter brought to the team was one part of the organisation’s strategy which contributed to winning NRL Premierships in 2008 and 2011.  Peter’s leadership advice and expertise grew the players, empowering them to lead with influence contributing to seven NRL Final Series in a row. 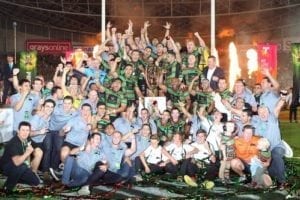 For the 2014 NRL season, Peter worked closely with Head Coach Michael Maguire and all 25 NRL players of the South Sydney National Rugby League Team.  His LD process was a new strategy that added to their overall Football program and contributed significantly to South Sydney winning their first Premiership since 1971. The NRL winning coach, Michael Maguire, understood the importance of growing his players in leadership and embraced some significant LD strategies which contributed to the team’s NRL Premiership success.

In 2015, Alen Stajcic and the FFA engaged Peter to lead the Australian Women’s Football Team, The Matildas, at the Australian Institute of Sport, as part of their 2015 World Cup preparation, to develop a winning team culture as well as creating a strong Leadership Group. His mentoring contributed to The Matildas creating Australian Football history knocking Brazil out of the 2015 World Cup and progressing to the Quarter Finals.  In October 2015, The Matildas took out the A-Team of the year award, recognised by the Australian Health “I Support Women in Sports Award” ahead of the Women’s Netball & Hockey Teams who are current World Champions.  Alen understood the value of and welcomed his leadership being stimulated and agitated by Peter and being taken out of his comfort zone to strengthen his leadership and that of each player of the Matildas.

In September 2018, Peter was brought in by the Head Coach of the New Zealand Rugby League Team, Michael Maguire, to assist him to achieve the vision of a November 2021 World Cup victory.

In November 2018, Peter was also invited by the Head Coach of Wests Tigers NRL Team, Michael Maguire to work alongside him and his coaching staff to build a winning team culture and to grow leadership thinking and behaviours, to ultimately lead to achieving an NRL Grand Final victory.

Late 2020 will see the launch of Peter’s next book, “Your Business Doesn’t Need You. How to Replace Yourself in the Business in 180 Days”. This will form part of the launch for the GOKO Millionaire Makers Event Series of which Peter has been selected as the Leadership Expert to present at these live events.