Are You Too Comfortable? 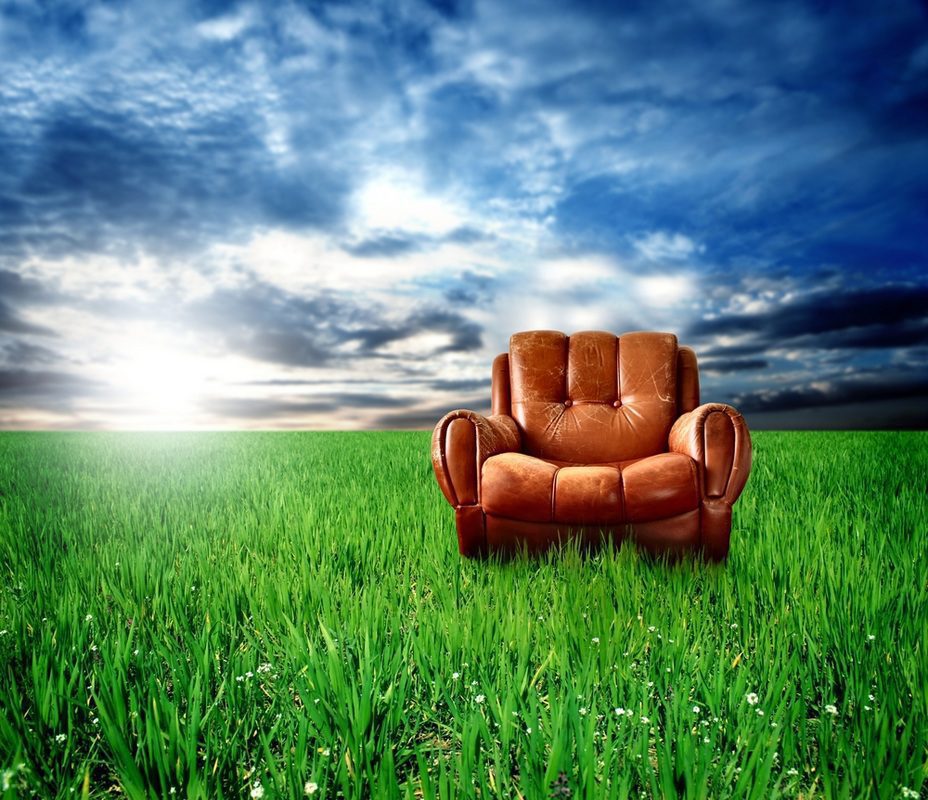 A man went out on a solo ride to survey the state of affairs of the city and in his travels he came across a group of soldiers struggling to move a very large tree branch off the path so their wagons could pass. A few feet away stood their Corporal, dishing out the orders for them to work harder, but it was to no avail, they couldn’t move it.

The man seeing the struggling soldiers commented to the Corporal, “Why don’t you help them to move the branch?” to which the Corporal replied, “I’m the Corporal, that’s not my job.”

Immediately, the man dismounted his horse, removed his jacket and helped the men move the log from the path. After this, he mounted his horse and said to the Corporal, “The next time you require assistance to move something heavy, call your Commander In Chief”, and then he continued on his way.

It was in that moment that it dawned on the Corporal and the soldiers exactly who the man was who had helped them – it was the first President of the United States, and their Commander In Chief, George Washington. (Source)

Leadership is entirely about the people you lead, not you as the leader. You’re not a leader if no one’s following you, regardless of your title.

In order for us to become more effective leaders, we continually need to improve ourselves; not only in growing in leadership skills but to also grow as a person on the inside. Growing in both these aspects bolsters who we are as an individual and that bolsters our effectiveness as a leader. Naturally, this in turn has a positive flow on effect to the people we lead who witness and benefit from our growth.

To make real change and progress in anything takes time, as you know, particularly when it comes to people! Your development as an effective leader is a long-term process as you continually learn from the experiences and mistakes of yourself and others. You must keep a long-term vision in terms of the growth and development of your leadership skills and those of the team you lead. Developing your leadership skills will only occur through longevity, experience, perseverance and a willingness to learn new things. I’m sure the Corporal and the soldiers learnt a valuable lesson in Leadership that day on the city outskirts.

What are you learning right now?

Have you got a long-term vision regarding your leadership development?

If yes, are you committed to it?

Leadership is a challenge you accept with the understanding there is going to be highs and lows when leading people. It will not all be smooth sailing. It’s in the lows in particular when you can learn the most as a leader and it’s in these times too that your team is looking to you for Leadership.

What highs are you experiencing right now as the Leader?

What lows are you experiencing right now as the Leader?

What are you learning?

Effective leaders also recognise the need that their business needs to change and grow too – to adapt to the inevitable change in their competitive environment. It’s pretty much change or die. The marketplace takes no prisoners and holds no sentimentality for the past. You as the leader must accept and embrace this. Get spurred on and energised by the challenge.

You as the leader need to be able to recognise what isn’t working and change direction.

Kodak, was the world leader many years ago in printed film based technologies. Kodak unfortunately failed to see the need to change and to properly introduce digital photography (the technology they invented but kept hidden as they thought it would erode their film business) and then watched the decline of its film-based business all because they couldn’t embrace the need for real change.

What isn’t working for you right now that requires change?

Are you comfortable with initiating the change?

Most often there’s no gain without some pain and discomfort. My 52-year-old body will attest to that after a new or hard session in the gym! But I know if I don’t make my body try new things or push it harder, I won’t progress. If I keep on doing the same exercises, my body will remain the same, it won’t improve. Same goes for businesses. Effective leaders will always challenge the status quo and make changes when necessary, regardless of the short-term discomfort they may cause because they know the pain will yield positive results.

What are you being too comfortable about?

Another large part of the responsibility of leadership is the ability to inspire the people you lead. George Washington certainly led by example and inspired the people he led. The example above is but one of the many during George Washington’s Presidency. Leadership has many, many responsibilities and pressures and often this critical aspect of Leadership can become forgotten or pushed to the side while trying to deal with everything else. Without inspiration, your teams’ potential is lost. Can I encourage you to continually look for ways to encourage and inspire the team you lead? It’s a vital part of your success as a leader and the success of the team of people you lead, and serve. Remember, leadership isn’t about you; its about the team you lead. A massive responsibility.

What are you doing to inspire the team you lead?

Do your actions inspire others, as well as your words?

Renewed vigour and inspiration often comes from setting new goals that your team buys into. Unity is created in the creation of goals that everyone plays a part in setting and agrees to. It gives them a fresh perspective and a new challenge they believe in. Sometimes you need to move the goal posts in order to achieve the goal.

What is a new goal that you want to set?

How often do you set new goals?

Do you allow your team to buy into the goal setting?

What goals are currently driving you and your team resulting in high productivity and quality brought about by unity?

Have you accepted the responsibility of being the best leader you can be for the people you lead?

How is your effectiveness as the leader being diminished by being too comfortable?