How a Difficult Decision by a President Changed the Course of History. 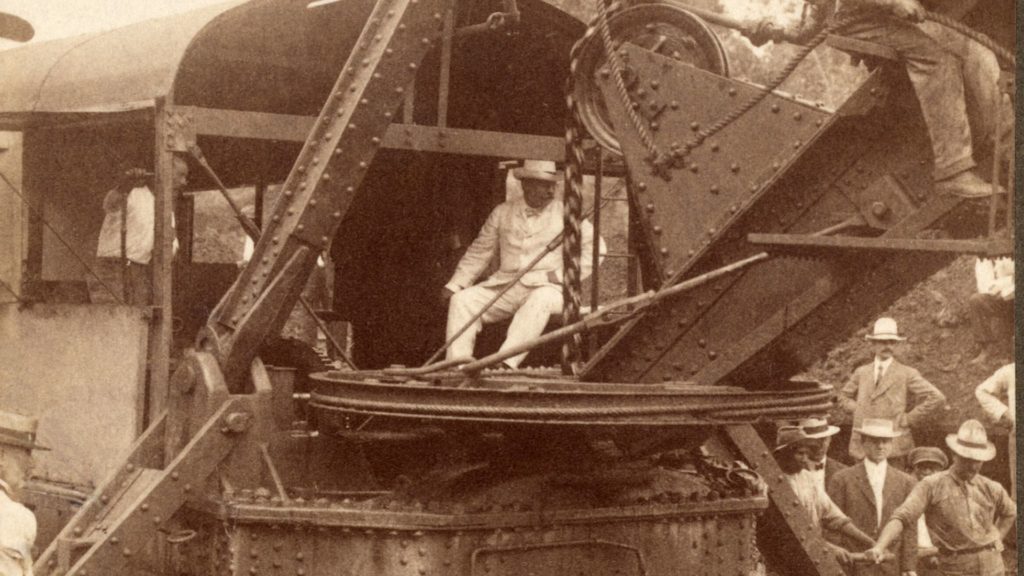 “Death is stalking us the same way it stalked the French. Tell the boys not to come here, to stay home.  If they can get even only $1 a day, tell them to take it.”

This was the common sentiment of many letters back home to families from workers on the Panama Canal Project.

Malaria, Dysentery, Pneumonia were spreading like wildfire throughout the Panama Canal project, but nothing was worse than Yellow Fever.

It caused internal bleeding, bleeding from the gums, and the “Black Vomit” or “El Vomito Negro” as it was known throughout the camp.

And it was completely terrifying.

Yellow Fever epidemics swept through the Canal Project every year, killing hundreds, inciting panic, and utterly paralysing the work. Before the Americans arrived, Yellow Fever had been largely responsible for the death of over 20,000 Frenchmen and was ultimately the cause of France’s failed attempt to build a canal across the Panama Isthmus.

William Gorgas, an experienced Frontier Medical Officer was appointed to the Canal.  After surviving a bout of Yellow Fever himself at a former posting, he’d made it his life’s work to eradicate the disease. Gorgas had learned of a new theory from an obscure Cuban medical journal stating that mosquitoes were responsible for the spread of the disease and he’d previously trialed this theory in a posting at Havana, where he’d had great success.

William Gorgas drew up a $1 million proposal for the Panama Canal Committee to review.

They called the proposal “Various Balderdash from Crazy Gorgas with his wild mosquito theories” and requested his removal from the project.

On the eve of Gorgas’ dismissal, President Roosevelt received a visit in his home in Oyster Bay from his personal physician, Doctor Alexander Lambert, who told the President:

“You are facing one of the greatest decisions of your political career, and if you fall back on the old methods, you will fail, just as the French failed. If you back Gorgas, you will get your canal.  It’s your project and it’s your choice.”

Roosevelt gave his approval and instructed the committee to give Gorgas everything he needed.  Gorgas, along with the blessing and backing of Chief Engineer, John Stevens, launched the most expensive public health campaign in history.

With great military precision, they installed screening for all buildings, fumigated every dwelling in the canal zone to kill adult mosquitoes.  Every house, every shack, every puddle, every gutter, every water source in the Panama Canal Zone was a target for Gorgas and his team.  Gutters were screened, lids were placed on all water cisterns; Gorgas even introduced a fine of $5 if a wriggler was found in your home.  He was going to kill them to the last, which was no easy feat as it never seemed to stop raining in the jungle of Panama.

On November 11, 1906, Gorgas called his team into the Autopsy Room to view what he determined was the last case of Yellow Fever they would ever likely see.

The Panama Canal is a massive testament over and over again of gutsy leadership, sheer human endeavour, determination, and the willingness to try something completely different, in many facets of the project.

(My blog “Leaders Set The Example In These Key Areas, Part 3”, covers some of the other massive leadership challenges faced on the Panama Canal Project.  Click here to have a read.)

To lead and to keep leading to the best of your ability to lead your team effectively, particularly through difficult circumstances, you must continually be completely honest with yourself.

What do you have to be honest about?

A few years ago, we had to put down our 16-year-old Japanese Hunting Dog, Simba.  It was a devastating moment for our family.  2 days later we had two Miniature Spoodle puppies running around our property – we called them Romeo and Kesha.  As much as the two puppies over the last 18 months have brought significant joy into our family life, I looked back on the 16 years with our dog Simba and realised some of the best thinking time for me was when I walked him around the golf course that we lived on.

Every day I take our two puppies for a walk so that I can think about all areas in my life and assess where I need to change it up, where my thinking needs to be different.

Do you set regular time aside to really think clearly about your life and to think about any challenges you’re facing right now?

The greatest gift you can give a human being is to positively impact their thinking, so they think better than the day before, just like Dr. Alexander Lambert did for President Roosevelt back in 1906.

Where does your thinking have to change?

Are you thinking positively or negatively about your current situation?

Effective leaders find creative solutions to problems they face on a daily basis.  Their thinking allows them to grow their intuition and discernment which enables them to use their Leadership Instinct to lead people and bring about effective change.

My Mentor, Jim, in 1992 taught me that my thoughts would determine my destiny.  The way we think will develop a platform for the results we want to achieve in our life.

If you aren’t happy with what you’re achieving in business and in your life, the only way to change it is to change the way you think.

What do you want to change?

What are you prepared to do to change it?

History would have been a whole lot different if President Roosevelt decided to go with what he knew from the past, what he found comfortable, and not to risk his reputation and Presidency.

Are you holding onto what you find comfortable?

Effective leaders grow teams, businesses, and organisations.  This can only happen when you duplicate the right thinking from the leadership down.

One of the most effective ways to bring about a change in your thinking is to be led by somebody who has greater wisdom and experience than yourself.

Are you being led?

Nobody has all the answers and wisdom is more precious than gold because when you have wisdom you can make gold.  Imagine if Roosevelt didn’t heed the advice of his expert physician, Dr. Alexander Lambert?

I was led for 22 years and it had a major impact on bringing about a change in my thinking in all aspects of my life.  When I look at where my life is today and some of the amazing things I have been able to achieve, it’s only because of me being personally challenged by someone I trusted to change the way I think.

What creates success in life is the thinking which drives the behaviours to achieve the results you want to achieve.

Are you achieving the results you want to achieve?

What behaviours do you need to change to lead more effectively?

Where does your thinking have to change?

I really hope today’s blog has brought about a positive change in your thinking so that you can achieve the results you want to achieve and achieve your “Panama Canal”.

I talk further about leading by example in my book, “The Dream Is Everything”.
If you’d like to receive a FREE e-copy, (RRP $24.95), click here.

Are You Too Comfortable?

How To Powerfully Lead Your Team Through The Tough Times, Part 2

(If you’re not familiar with the building of the Panama Canal, it’s well worth the effort to check it out – an awe-inspiring story of true Leadership and pure human endeavour against all odds.  Check out this doco:  https://youtu.be/d-CaBIKTl4M )